The 8th Annual Race kicks it up a notch, setting our sites on improving the vital North Highland commercial district and streetscape.

For the first year ever, the race will begin close to the Virginia/North Highland intersection, run straight up North Highland Avenue through Virginia-Highland and Morningside and finish at Doc Chey’s Morningside.

Also new for 2018—chip timing included in registration, a ‘Just for Fun’ half-miler for kids 10 and under accompanied by an adult guardian, and extended after party #RockTheBlock with beer, refreshments, and live music from My Friend Ian’s Band until 7:00 PM.

We’ll also be celebrating the 20th Anniversary of Doc Chey’s at the block party, along with our annual Noodle Eating Contest! It’s an event you won’t want to miss. 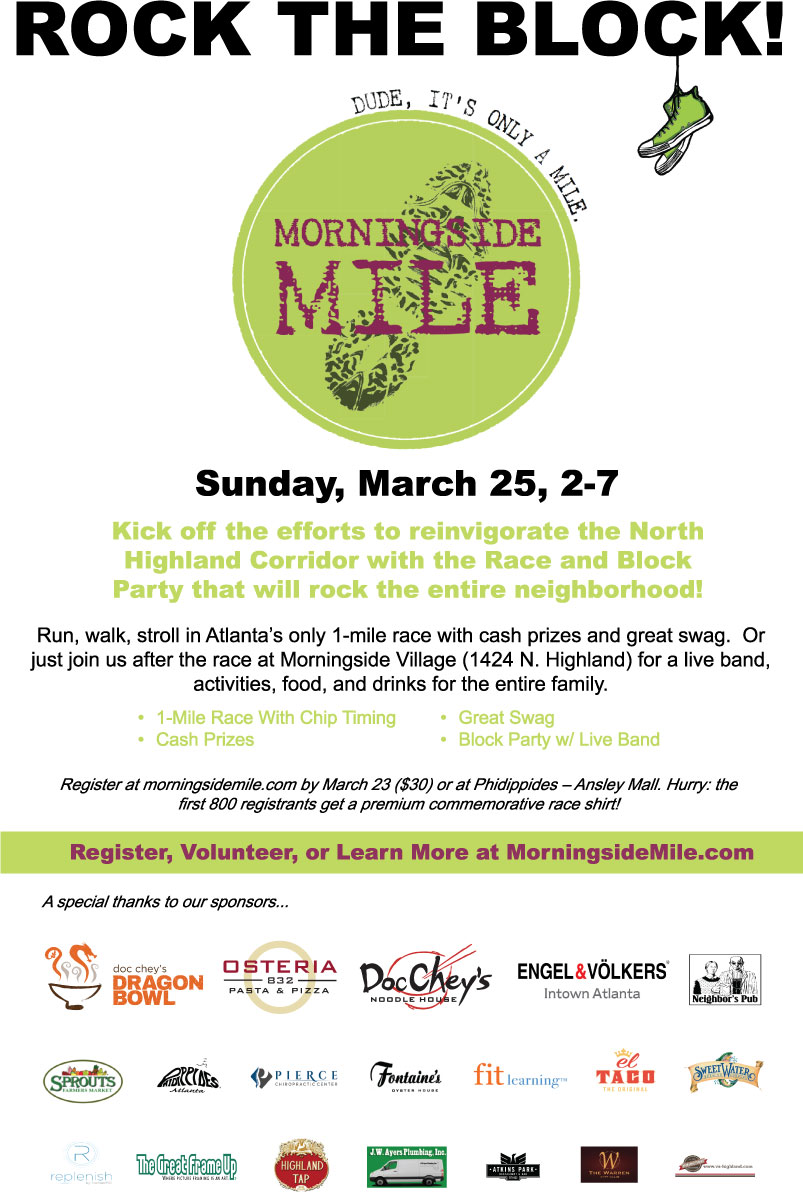